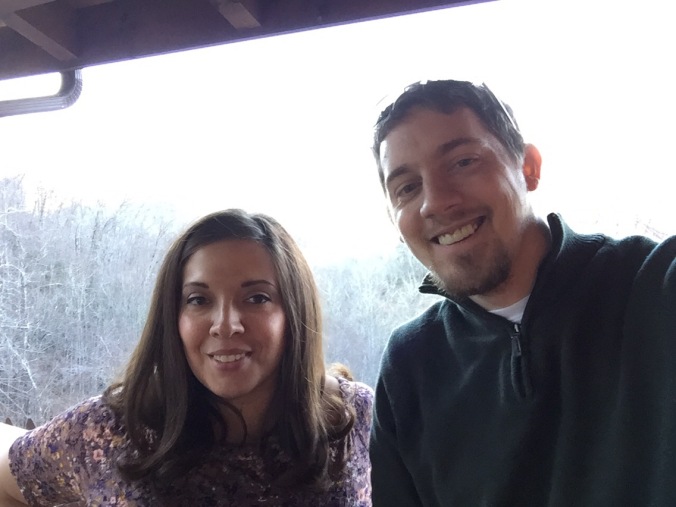 Our decision for me to quit my job and live in an RV was not an overnight one.

My wife and I work off of a pretty balanced system. She is a dreamer with an imagination as vast as the universe. Every two to three months of our marriage (and our lives together, really,) she comes to me with a new idea and it is my place to determine its validity and feasibility. Sometimes I tell her no. Sometimes yes. In any event, most of the ideas come from her and get approved or rejected by me.

See? It works. She is the innovation team of our marriage. I am the executive decision committee. Then the idea goes back to my wife, who also is logistics. That’s not to say that I’m not a dreamer or that I don’t have my own wild ideas. I like music that everyone else hates – going with the beat of the world’s drum is not my deal. That also isn’t to say that my wife doesn’t do her own research and leg work. She never comes up to me with wildly inexplicable suggestions like buying a yacht or investing in some new age detoxification scheme. But we do have general realms of responsibility in the process.

At this point, I desperately tried to come up with a segue to link these details with my story but found it too difficult. With that having been said, let me get into the account of why my wife mentioned the RV life and why I said yes.

Needless to say, I was unhappy with my workplace, with my schedule, with my wife’s schedule, and life in general. I was feeling somewhat of a failure considering I had left my last job and my home state for basically the same reasons. It appeared that I was no longer strategically shifting my career – now I was just buckling under pressure and running away. This is a real sticking point for me because I value masculinity. No, not the ability to grow a beard or cut down a tree, per se. That is deliberately marketed ‘manliness’ that capitalizes on a trendy group of men that have been whipped. The masculinity I am talking about is wherein you are the head of the house, you support the family, you don’t complain, you don’t whine, and you simply take care of business. You are the rock.

Well, rocks do not cower and they don’t run away. What was I to do?

Turns out, my wife hated what our marriage and family had become, as well. We were always at work, never saw each other, and barely had time to make dinner, let alone talk. Things were strained between us and the worst part is that it had nothing to do with us. We were the same two people who had loved each other for a decade. We get along great. But with no time together, whether just talking or through physical intimacy, and what little time outside of work filled with household chores, there was nothing left. We were nothing more than two people who happened to occupy the same building with our two children.

And let’s not forget our children. They were never neglected in a physical way. We fed them, always. Bathed them. Clothed them. They went to school and we closely monitored grades and progress. But our time together with the children was also greatly diminished. We essentially had an hour between dinner and bed time each night, followed by a handful of hours on the weekend. Sometimes, we would go days on end without having all 4 of us together at once. In hindsight, it was stupid. I wasted two years of my children’s lives because of poor decisions.

Things got worse before they got better. For the respect of everyone in my life, I’ll leave out the details but we got to a point where divorce was on the table. I hated it. Not only did it mean I had failed as a husband but that I was no longer the driving force in our family. I was no longer that foundation that my wife and children could rely upon. Even worse, it meant that I was giving up on my marriage just as much as I was running away from jobs … running away from life.

Yet, that didn’t happen because things got bad enough that a change had to be made and my wife and I set our sights on doing just that.

There was no quick turnaround. There wasn’t a sit down conversation where we both wept and came to some great clarity on the matter. I wish it were that easy to describe. What we did, however, was take a minute to think about what we really wanted in life and what are plan was. We knew the driving force of our lives is that we love one another and want to stay with each other. We knew that the greatest joy in life is being together and with our boys. It was all pretty clear when we boiled it down: we wanted to be a family. Together. But how do you get to that point.

My wife, the ever-imaginative muse of my life, came up with the idea last year: why not sell everything and RV full time? We originally had pushed it to the side for whatever reason but came back around to it. What better way to force ourselves out of this monotonous march through life? No more hanging onto possessions. No more worrying about rigid schedules. No more weeks of being apart.

And you know what? It was the easiest decision I think I’ve ever made, in spite of how terrifying and foreign it is to us. I don’t know the first thing about maintaining, let alone driving, an RV. I don’t know what I’m going to do about student loan debt. I don’t have a solid source of income lined up. But those problems will come and go, just like my time with my wife and children. Humans have a way of convincing themselves NOT to do things. Well, my wife and I are not that way and I’m not about to start now.

I know it sounds reckless. I know it sounds like we’re just running away from life, again (we’ve even discussed it to make sure that it isn’t that simple.) But you only get one life and I’m tired of spending it away from my family, all day, every day, for the sake of ‘comfort.’ There is a whole world of experiences available to us in this free country … so why stay unhappy? My wife and I are excited. We love each other and are in it together, fully supporting one another. Our children love the idea. Our cat has no idea what is about to happen to him. In the end, I can’t guarantee everything will work out for us on the highway but I can tell you one thing: we’ll be together and we’ll be able to say we did it.

5 thoughts on “Taking the First Step”